Bedok is a planning area and matured residential city situated within the geographical region of Tanah Merah on the south-eastern coast of the East Region of Singapore. Population wise, Bedok is that the largest planning area in the Republic, being home to an estimated 289,000 residents. This high demographic is largely explained by the affordable public housing in Bedok New Town, due to its relatively distant location from the Central Area. Besides housing development developments, non-public residences also prevalent in the area, most of which are found in the neighbourhoods of Bayshore, Frankel Avenue and Siglap, in western and southwestern Bedok. Apart from the maritime boundary that the area shares with the Singapore Strait to the south and southeast, Bedok is also bounded by five other planning areas: Paya Lebar to the north, Hougang to the northwest, Tampines to the northeast and east, Geylang to the west and Marine Parade to the southwest. 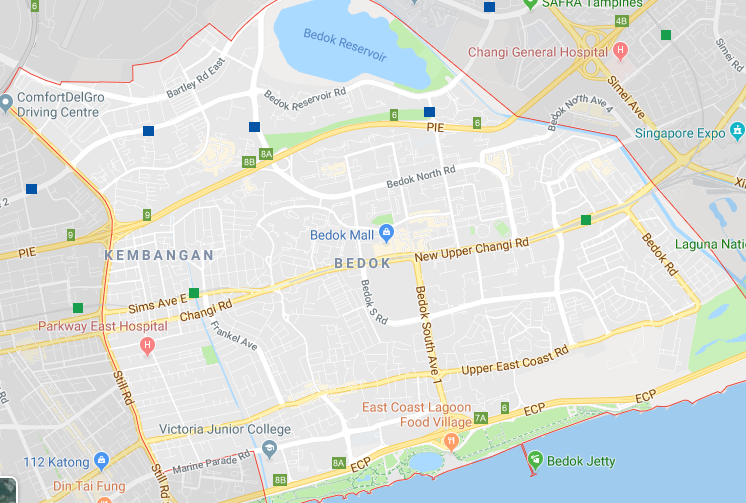